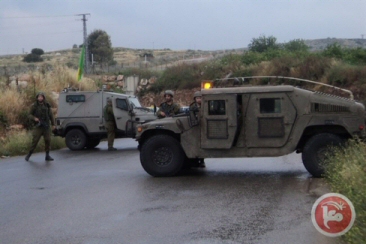 Israeli military forces, on Friday, raided the house of Palestinian Authority police chief in Nablus, Abd al-Latif al-Qaddumi, and turned his home into a military outpost after evicting his wife and children.PA police spokesperson Luay Irzeiqat told Ma’an News Agency that Israeli forces raided the home in Kafr Qaddum village and locked al-Qaddumi’s family in one room before declaring the property a military outpost.

Shortly afterward, Israeli forces expelled the family from the home and took it over.
Al-Qaddumi was not present at the time of the incident, with no further details about why Israeli forces seized the property.

On Sunday, Israeli forces held al-Qaddumi for more than an hour near the entrance of Hijja village west of Nablus, security sources additionally stated.

They said that Israeli troops stopped the police chief on his way to Nablus police station and held him for more than an hour before releasing the police officer.