East Jerusalem: Mental Health Services to be Provided for Survivors of Political Violence 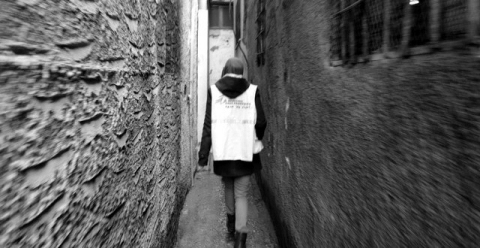 Doctors without Borders/Médecins Sans Frontières (MSF) and the Treatment and Rehabilitation Center for Victims of Torture (TRC) have announced their cooperation in providing comprehensive mental health support and rehabilitation for survivors of politically motivated violence in East Jerusalem.Palestine News Network (PNN) reports that MSF, as an International Humanitarian Medical Organization, is collaborating with TRC on the provisions of holistic human rights-based mental health services for survivors of politically motivated violence in East Jerusalem. TRC will provide these services as part of its mission and work in Palestine. TRC aims to provide individual, group and family therapy to those affected by the practices of the Israeli occupation.

In this context, Doctors without Borders -Spain (MSF) will transfer funds to TRC whom will deploy its services through community-based outreach in East Jerusalem. TRC is a well known Palestinian non-profit organization that has consistently worked within the East Jerusalem district to address the needs of victims of political violence, and has the capacity to ensure that such victims have access to comprehensive holistic mental health support in order to reduce their suffering and promote their well-being.

Both MSF and TRC have expressed their joint understanding regarding mutual privacy and the independency for the provision of these unique humanitarian services.

In the West Bank and East Jerusalem, 70% of the population, estimated at 2.6 million people, live in a territory controlled by the Israeli occupational army. Approximately 520,000 illegal Israeli settlers are installed in these areas. The ongoing, organized and planned implementation of Israeli civilians on the West Bank territory is a source of ongoing tension between settlers and Palestinian civilians.

In the Nablus district, violence and psychological pressure generated by forced cohabitation between Israeli settlers and Palestinians result in post-traumatic syndromes, acute stress, anxiety and depression within the Palestinian population.