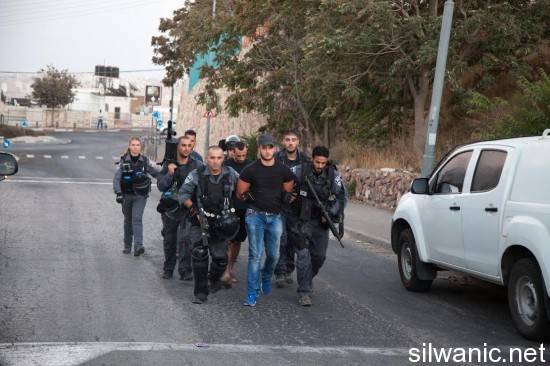 One Palestinian child was shot in the head, with an Israeli rubber-coated steel bullet, on Saturday at night, suffering a serious injury, after the soldiers invaded the al-‘Isawiyya town, in occupied East Jerusalem. Army also kidnapped seven Palestinians in Jerusalem.The Wadi Hilweh Information Center in Silwan (Silwanic), in Jerusalem, said the wounded child, Mohammad Issa, 13 years of age, suffered fractures in his skull and a traumatic brain injury.

He was moved to the Al-Makassed Islamic Charitable Society Hospital, and later to the Hadassah Israeli Hospital, in Jerusalem.

The Child’s uncle said the medical condition of his nephew is serious, and that, before the child was moved to Hadassah, he was unable to move his right arm.

Mohammad Abu al-Hummus, member of the Follow-up Committee in Silwan, said dozens of soldiers invaded al-‘Isawiyya, and conducted provocative acts against the residents before storming a shop, and kidnapped five children.

The army claims the Palestinians are involved clashes with the soldiers and police in the Al-Aqsa Mosque, and various areas on the occupied city.