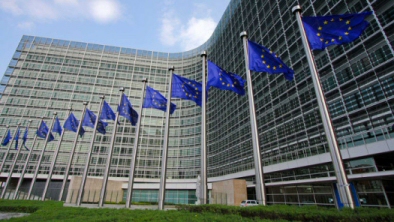 In parallel, the possibility is being examined to submit lawsuits against the EU itself or against its member states in the European Court.

Israel estimates that the European Commission, the executive body of the EU, will publish guidelines mandating the labeling of goods produced in the occupied West Bank, East Jerusalem and Golan Heights settlements already in the coming days, or at the very latest during October.

The EU Foreign Minister, Federica Mogherini, said in a debate of the European Parliament some ten days ago that labeling products is a done deal; the working assumption of Israel’s foreign ministry is therefore that the EU as an official body will not halt this process.

In addition, Israel foreign ministry emissaries in the target countries will be directed to work with their counterparts, and assist in identifying political allies, particularly in major countries, so that they will help Israel thwart, delay, suspend or annul the guidelines.

From data presented at the Israeli foreign ministry meeting last week, it appears that Israeli exports to Europe from the industrial zones in East Jerusalem, Judea and Samaria and the Golan Heights, stand at some $150 million.

Sources in Jerusalem reject the EU claim that labeling products is a technical move with no political motive. “We don’t accept these explanations. Our understanding is that this is a political move which harms Israel, harms the peace process, harms the chance that the EU will receive any type of status in this process as one who acts unilaterally against Israel, and harms Palestinian workers who will be fired from their places of employment if there will be a decrease in exports.”

Earlier this month, the European Parliament issued a motion that “Welcomes the EU’s commitment – in the spirit of differentiation between Israel and its activities in the occupied Palestinian Territory – to ensuring that all agreements between the EU and Israel must unequivocally and explicitly indicate their inapplicability to the territories occupied by Israel in 1967, takes note of the letter sent to the VP/HR by 16 EU Foreign Ministers on 13 April 2015, encouraging her to take the lead within the Commission with a view to completing the work on EU-wide guidelines on the labeling of Israeli settlement produce.”

Five hundred and twenty-five EU parliamentarians voted for the motion, which dealt with the Israeli-Palestinian peace process, 70 voted against and 31 abstained.

Israel is supposedly encouraged by the apparent decision of Reykjavik, the capital of Iceland, to backpedal on its decision to boycott all Israeli products until an end of the occupation. Reykjavik’s mayor, Dagur Eggertsson said on Icelandic public television that he would scrap plans for a boycott of Israeli goods, a proposal which had raised outrage in Israel and elsewhere.

“The changing of Reykjavik’s decision and the criticism of the original decision, demonstrate that throughout Europe there exist positive forces which are not hostile to Israel and with whom work is possible,” a senior Israeli foreign ministry source told nrg.