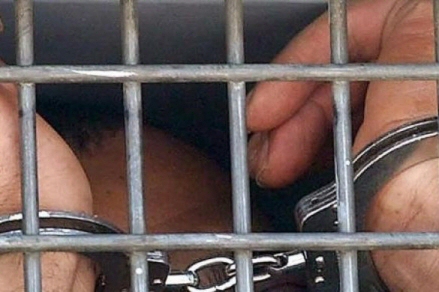 The Palestinian Prisoners’ Center for Studies on Monday issued an urgent call for action on 17 hunger-striking Palestinian prisoners, seven of whom the center said were in ‘real danger’.The center called on human rights groups, Islamic organizations, and the media to help the prisoners, who have undertaken hunger strikes to protest their administrative detention — internment without trial or charge.

At least five of the prisoners have now been on hunger strike more than 40 days, according to Ma’an, while the center said at least seven were in urgent need of medical attention.

On Sunday, the Palestinian Authority Committee for Prisoners’ Affairs said that Israel was ‘trying to kill’ the seven prisoners.

The committee said Israel was ‘wearing down the prisoners on purpose in order to force them to end their hunger strike by depriving them of medical treatment and sending them to prison wards where criminal prisoners are being held.’

It said that the Israeli Prison Service had refused the committee’s request to transfer the hunger strikers to hospital, claiming they had not been on hunger strike long enough.

The committee said the prisoners were in dire need of medical treatment, having lost ‘all power and strength.’

The Palestinian Prisoners’ Center for Studies called for all possible action to support Palestinian prisoners against the Israeli policy of administrative detention, and called on the international community to pressure Israel to respond to the the prisoners’ demands.

In August, Israel agreed to suspend the administrative detention of Palestinian prisoner Muhammad Allan after he undertook a 66-day hunger strike to protest the policy.

Less than a month later, however, Israel reinstated his administrative detention once his health recovered.

Allan’s hunger strike raised the question of whether a controversial law passed in July allowing for the force-feeding of prisoners would be invoked. The UN has said that the law violates the ‘fundamental human right’ to peaceful protest.