Stupidity of Force in the Face of Resistance 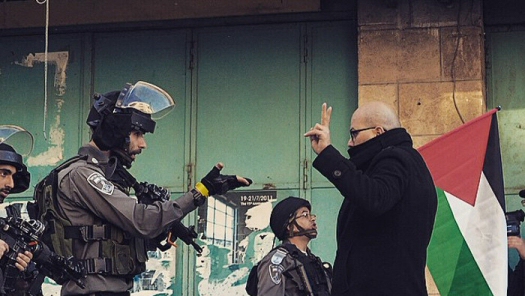 History proves that the Palestinian people will be free.What is occurring now in occupied Palestine – the West Bank, Jerusalem, Gaza Strip – reiterates the equation of the “dumb” political mind behind the racial and cultural status of Israel’s colonial control. This equation, grounded in the idea that the “Arabs” understand only the language of force, adds that what is not understood with force will certainly be understood with yet more force.

Israel’s colonial system of occupation failed to learn profound lessons of history. It inhabits a “Rambo” culture, in which it can handily defeat armies and destroy states. Its army and security services are invincible. The true problem with this culture is that Israel’s entire political system is infected, and Israel’s collective mind believes it is absolutely protected and secure. Out of nowhere an illusion of absolutely security is conjured up, and security is viewed as an absolute.

Yet this enormous imbalance of power has not succeeded in defeating the Palestinian will for freedom and independence. It is true that resistance is not a straight line, but it has not been halted.

The dilemma with which the Israeli colonial occupation does not wish to grapple is that here we have not a classic military balance between two armies, but a people and the occupation army. Never in history has a people desiring freedom and willing to make the necessary sacrifices did not achieve it. Just look at Syria, Egypt, Iraq, Algeria, Yemen, Libya, Vietnam, Cuba, India, China, Korea, what to mention the liberation movements in Latin America, Africa and Asia. The Palestinian people are not and will not be an exception to this history.

This is what will happen in Palestine. The Palestinian people will be free. There is no other option outside of this historical logic.

Stupidity dominates the mind and behaviour of the colonial power, which arrogantly believes that its strength is eternal. This is a pivotal and decisive force concerning the policies and practices of Israel’s colonial occupation.

Yet Palestinian political forces are haunted to some extent by a culture of weakness and defeat, which encourages them to pursue options contrary to the spirit of the Palestinian people, its history and future.

Accordingly, the Palestinian national forces of all stripes must re-evaluate and re-establish their roles and strategies so that the substrate in any national strategy is the Palestinian people, their rights and resistance. Bets should not be made on international relations and negotiations. This means that the base of the Palestinian triangle must be the people and their resistance. Diplomatic relations must support this base, not be its substitute.

Now is a historic moment, appropriate for the return of the Palestinian national movement’s strategic repositioning within the Arab and global alliance, which is based in Syria, Yemen and Iraq to destroy the American hegemony and liquidate the reactionary oil culture and policies. We must move in harmony with the rhythm of the Palestinian people. This is the sole possible response to the occupation, which did not stop for one minute with its killings, detentions and destruction and its refusal to recognise any of the rights of the Palestinian people.