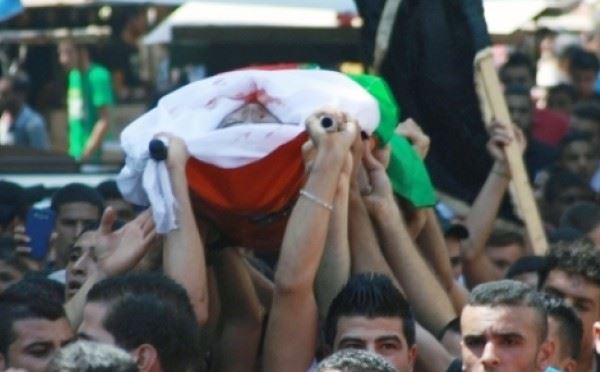 Palestinian medical sources have reported, Sunday, that a young Palestinian man died of serious wounds he suffered Saturday, after being rammed by an Israeli settler’s car, in occupied Jerusalem.The Palestinian, identified as ‘Ata an-Noury, suffered a very serious injury, and was moved to a hospital where he died of his wounds.

He was hit with the setter’s car in at-Tour town, east of occupied Jerusalem, and the settler fled the scene.

In related news, more than 55 students of the Al-Quds-Abu Dis University, near Jerusalem, and Khaddoury College in Tulkarem, have been injured during clashes with Israeli soldiers who surrounded their colleges.

At least 20 students were injured, including eight by live Israeli army fire, in Khaddoury College, and were moved to Thabet Thabet Hospital for treatment.

One of the wounded was moved to the Zakat Hospital in Tulkarem due to the seriousness of his condition.

In Abu Dis, at least 35 students were injured during clashes that took place in front of their college.

On Sunday at dawn, a Palestinian mother who was five months pregnant was killed along with her 2-year old child , while at least four other family members were injured, after the Israeli Air Force bombarded the Zeitoun neighborhood in Gaza City.

On Saturday, the Palestinian Ministry of Health (MOH) has reported that Israeli soldiers shot and killed seven Palestinians, including two children, and that the number of Palestinians shot dead by Israeli gunfire in two days is 14, while more than 240 have been injured.

It added that 21 Palestinians, including 12 in the West Bank, have been killed since October 1st, and 1100 injured.