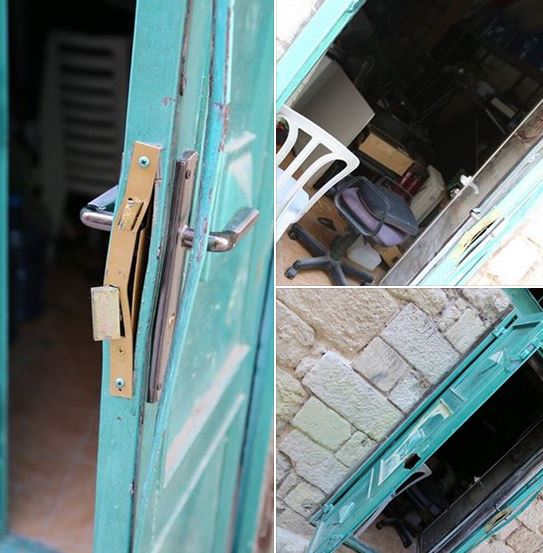 Israeli soldiers invaded, on Sunday at dawn, the offices of the Palestinian Centre for Rapprochement (PCR)/International Middle East Media Center (IMEMC) and searched them.The soldiers violently searched and ransacked our officers, after breaking the locks of the main door.

Because the invasion took place around 4 AM, Sunday morning, no staff were in the building as our offices are closed Sundays.

The soldiers also invaded and searched a few old nearby homes.

The Israeli military has invaded, ransacked and confiscated numerous files from the IMEMC and PCR in the past.


Surveillance video of Israeli soldiers breaking open the door of the PCR/IMEMC Palestinian News Office before they entered and ransacked the offices.