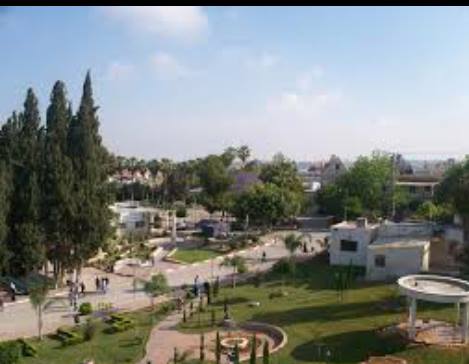 Dozens of students suffered, Monday, the effects of tear gas inhalation in the Palestine Technical University “Khadoury,’ west of the northern West Bank city of Tulkarem, after Israeli soldiers fired gas bombs into the college campus. Medical sources said many students fainted, and were moved too Thabet Thabet Hospital for treatment, while the rest received treatment by field medics.

Clashes have been taking place on a daily basis near the college, especially due to its close proximity to an Israeli military base, largely used for training, and was illegally built on college lands.

The Publish Relations Department in Khadoury said the soldiers stormed the university campus for the second consecutive day, while firing dozens of gas bombs, in addition to surrounding the library and the administration offices. The invasion is the third in two weeks.

The administration denounced the repeated and deliberate Israeli violations and provocations against the college, and its students, in direct violation of all international and humanitarian laws.

It added that more than 7000 students attend Khadoury University, and face constant harassment by the army.

The Israeli military base occupies a large section of the University’s lands, and is used for live fire training, an issue that poses serious threats to the students and staffers, in addition to obstructing the college plans to expand, and provide further educational services.