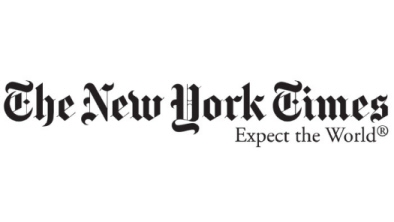 No media organization is more influential in shaping the way American policymakers and news outlets think about Israel and Palestine than the New York Times.But with some notable exceptions, the Times has done a shamefully poor job of including the historical and political context readers need to understand the roots of the current uprising.

Over the last 2 weeks, over 2,000 Palestinians have been injured and over 41 killed, including at least 8 children. Eight Jewish Israelis have been killed, and one asylum seeker from Eritrea. Though it can be difficult to make sense of these difficult days, the message from Palestinians is clear: they want freedom, justice, and dignity.

Yet, the Times’ headlines consistently frame Israel as the victim, completely misrepresenting an uprising which is a response to decades of displacement, occupation and repression.

Unless we put pressure on the New York Times to accurately report what is happening, the story of Palestinians struggling for freedom will be obscured in the paper of record.

Over the past week I’ve asked a number of our Palestinian and Israeli colleagues what JVP can do during this difficult time and I’ve heard over and over again, “You need to change the media narrative, they’re not telling the whole story.”

A year ago, the fair-minded NYT Public Editor Margaret Sullivan made a number of recommendations for more accurate coverage of Israel and Palestine.

If we can get Sullivan to insist that the NYT editors follow those recommendations — it could not only change NYT coverage, but other news outlets as well. And ultimately, U.S. policy.

Even though the vast majority of those killed and injured are Palestinian, and Palestinians are facing extreme collective punishment, Israeli violence against Palestinians doesn’t make the news:

No headlines referenced racist mobs that have roamed the streets of Jerusalem shouting “Death to Arabs.”

Palestinians were referred to as terrorists 41 times, while the term was used four times (including quotes from Palestinians) to refer to violent Israeli actions intended to terrorize Palestinians.

Here’s some of what the New York Times didn’t say:

The root causes of the current uprising are Israel’s ongoing policies of occupation, displacement and oppression.

Over the last year, from the Negev to East Jerusalem, Israel has demolished an average of 1.7 homes each day and allowed increasing numbers of Jewish settlers to take over homes in Palestinian neighborhoods.

Settlers, the police, and racist mobs attacking Palestinians are a frequent occurrence in Palestinian neighborhoods.

Real journalism — the kind we expect from the Times — isn’t just reporting the views of whoever has the most power. Real journalism is giving context and background, and reporting on ALL the facts. The context to what’s happening is clear: Palestinians are rising up because the status quo is unsustainable, and it is now reaching its breaking point.

Jewish Voice for Peace members are inspired by Jewish tradition to work together for peace, social justice, equality, human rights, respect for international law, and a U.S. foreign policy based on these ideals.