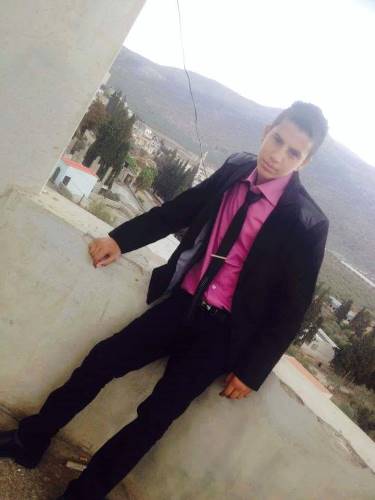 Two Palestinians were killed on Tuesday, by Israeli army gunfire, in two separate incidents which occurred in the occupied West Bank. In occupied Jerusalem, a Palestinian man,identified as Mohammad Abed Nimir, 37 years of age, was shot dead by armed Israeli guards from an illegal colony in al-Musrara.

One claimed Nimir tried to attack the soldiers, while eyewitnesses confirmed that he was just walking by some stores when the guards began chasing him for no apparent reason.

The witnesses said that the Palestinian was just walking, wasn’t carrying a knife or anything, in contrary to the Israeli claim.

Nimir is a resident of the al-‘Isawiyya town, and has three sons; oldest is 19 and youngest is 5.

After his death, the soldiers invaded his home and searched it, causing excessive property damage, harassing and insulting his family.

The soldiers also kidnapped the slain man’s father and brothers (Ibrahim and Mahmoud) and detained them for several hours.

After their release, Mahmoud Nimir explained that the soldiers took them to Salahiddin Street police station and, then, to Al-Maskobiyya detention and interrogation center.

They were questioned about Mohammad, and the soldiers claimed he attempted to stab the armed guards, but family members denied the allegation, and asked the police to release the surveillance footage.

Later on Tuesday, a Palestinian youth died of wounds he sustained after he was shot by Israeli troops at the Container checkpoint north of Bethlehem in southern West Bank.

ٍSadeq Ziyad Gharbiyya, 16 years of age, from Sanour village in Jenin, was shot by the soldiers while crossing the roadblock.

According to the Israeli army, he tried to stab soldiers manning the checkpoint.

A cab driver, who was transporting the slain Palestinian and several other passengers, said the soldiers stopped his vehicle and many cars on the container roadblock and forced the residents out to inspect their ID cards and search them.

He added that, after the search was concluded, the soldiers told the Palestinians to return to their cars. Gharbiyya realized his mobile phone was missing, and that he placed it to the side when the soldiers were searching him.

He then walked a few feet and signaled to the soldiers that he left his phone behind, but they shot him dead.

‘There was no reason for them to open fire,’ the driver added. ‘They just killed him, and closed the roadblock — I was transporting him from Bethlehem to Ramallah.. that’s all, here… I till have his bag, there are books in it.. look here, his grades, test results all 9 out of 10…’

The Container roadblock divides the northern West Bank from the southern. Shortly after the killing of Ziyad Israeli soldiers closed the checkpoint and did not allow thousands of Palestinians from crossing it.

With the two killed today, the number of Palestinians who have been killed by the Israeli army since October 1, have reached 82, including 18 children and 4 women, the Palestinian ministry of health reported on Tuesday.