Many Palestinians Injured In Kufur Qaddoum 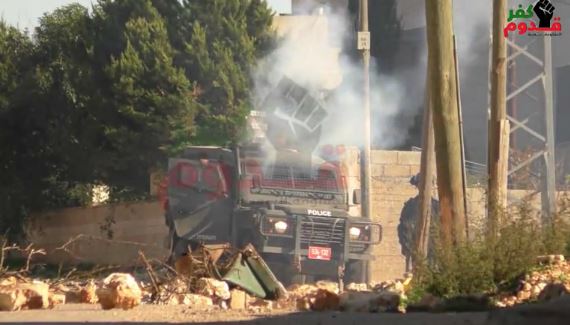 The Committee added that the march started at noon, after the Palestinians in the village held Friday prayers, and just as the protesters started marching, soldiers invaded some homes, and sharpshooters occupied their rooftops, forcing the protesters to stop after walking for less than fifty meters.

A military vehicle, equipped with a launcher for gas bombs, advanced into the village, and fired dozens of gas bombs on the protesters and homes, causing scores of residents to suffer the effects of tear gas inhalation.

The invasion led to clashes between dozens of local youngsters and the soldiers.

The villagers in Kufur Qaddoum have been holding weekly protests, demanding an end to the Israeli violations, illegal colonies, and the reopening of the main road that has been blockaded by the soldiers for the fourteenth consecutive year.

The army closed the road to enable easy access for the settlers driving to and from the illegal Kedumim colony, built on Palestinian lands.

In related news, a Palestinian child, identified as Mohammad Raed Hanani, 15 years of age, was shot in the leg, while many suffered the effects of tear gas inhalation, near Beit Forik roadblock, east of the northern West Bank city of Nablus.

Also on Friday, soldiers assaulted the weekly nonviolent protest against the Apartheid Wall and illegal Israeli colonies, in Bil’in village, west of the central West Bank city of Ramallah, kidnapped three international activists and one Palestinian. 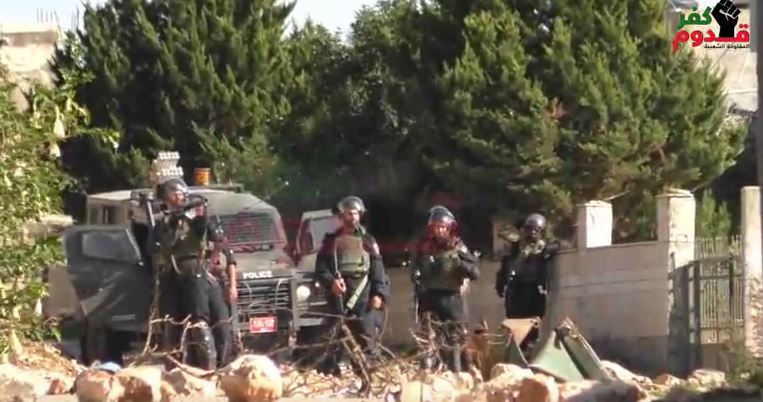