Soldiers Assault And Kidnap A Child, Eight Years Of Age, In Hebron 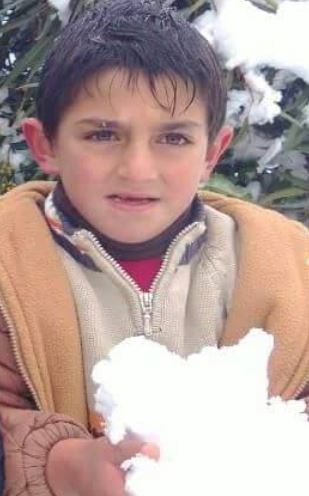 Israeli soldiers kidnapped, on Tuesday, a Palestinian child, only eight years of age, from Beit Ummar town, north of the southern West Bank city of Hebron, and took him to the Gush Etzion military base. One Palestinian kidnapped near Nablus.Eyewitnesses said the soldiers invaded the family home of Yousef Ahmad Mahmoud al-‘Allami, 8, searched the property, and kidnapped the child, taking him to the main entrance of the town, where he was held for two hours in the cold while blindfolded and cuffed.

The soldiers repeatedly assaulted and kicked the child after forcing him onto the ground, and prevented his parents from approaching, or even taking to him.

The army later moved the child to the Gush Etzion military and security base, without allowing any family member to accompany him.

Also on Tuesday evening, the soldiers kidnapped Odai Ibrahim Hamada Sheikh, 23 years of age, after stopping him on the Za’tara military roadblock, south of the northern West Bank city of Nablus.

Sheikh was heading back home, along with his family, in the northern West Bank city of Jenin.

Residents of Sinjel said the area has been calm, with no recent confrontations between the army and locals, and that the measure is part of Israel’s collective punishment against the Palestinians.