Quartet Reiterates Call for Significant Steps ‘On the Ground’ 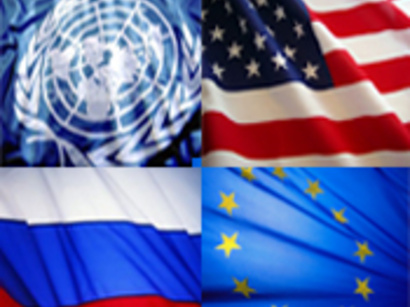 Over the two days, they discussed current conditions in the Levant, and concrete actions to demonstrate their commitment to a two-state solution.

The Quartet envoys strongly condemned all acts of terror and stressed the importance of opposing unequivocal incitement and violence and de-escalating the situation.

The envoys further reiterated the need for significant steps ‘on the ground’, in line with previous agreements, which will strengthen Palestinian institutions, security and economic prospects, while respecting Israel’s legitimate security concerns.

The envoys stated that they will review the results of their recent engagement with the parties and with regional states, and report to their principals with recommendations on the next steps.

See also: Netanyahu to Kerry: Israel Will Not Be A ‘Bi-national’ State