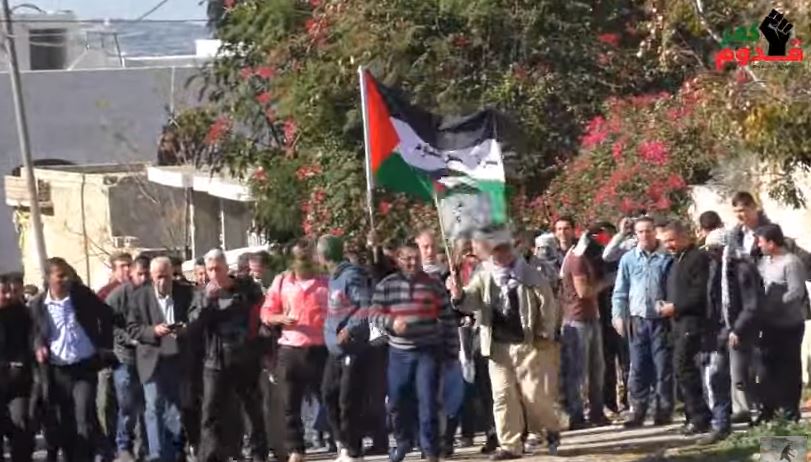 Israeli soldiers attacked, Friday, the weekly protest against the Wall and Settlements, in Kafr Qaddoum, east of the northern West Bank city of Qalqilia, wounding one child, while many others suffered the effects of tear gas inhalation.The Popular Committee in Kafr Qaddoum said dozens of soldiers surrounded the town before invading it, and attacked the Palestinian, Israeli and international protesters.

The invasion led to clashes between the soldiers and many local youths; the army fired live rounds, rubber-coated metal bullets and gas bombs.

One child ,identified as Yazan Abdullah Eshteiwy, 15, was shot with a live round in his thigh, while many protesters suffered the effects of tear gas inhalation.

The child was moved to Rafidia Hospital in Nablus, in the northern part of the West Bank.

Coordinator of the Popular Committee against the Wall and Settlements in Kafr Qaddoum, Morad Eshteiwy, said the soldiers invaded the town even before the procession started, while sharpshooters and soldiers also invaded homes, and occupied rooftops.