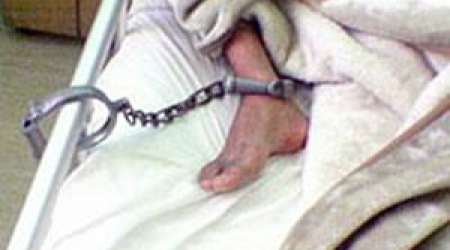 Al-Qeeq’s wife added, according to Al Ray, that her husband’s lawyer visited him in Al-Ramleh clinic, stating that signs of extreme fatigue were clearly apparent.

She called on the International Committee of the Red Cross and humanitarian organizations to take action and visit her husband, at Al-Afoola hospital, to check on his health condition.

‘My husband had passed through very harsh conditions of detention in the last period, especially during his investigation,’ she explained.

Al-Qeeq was detained on 21th of November, from his home in Ramallah, before staging an open-ended hunger strike after four days, protesting his illegal detention.