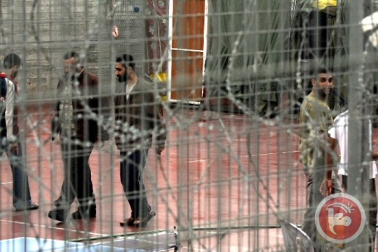 In Beit Ummar, to Hebron’s north, Israeli forces were reported to have taken 16-year-old Amr Riyad Issa Arar into custody.

Muhammad Ayyad Awad, a spokesperson for a popular committee in Beit Ummar, said: ‘More than 30 soldiers broke into the family home, pointing their guns at family members before they assaulted the father, mother and 11-year-old son Tariq, and then detained 16-year-old Amr.’

Awad added that Israeli soldiers also stormed the home of Sadiq Mahmoud Ikhlayyil and delivered a summons to his son, Muhammad, 22, ordering him to go to the Gush Etzion military base for questioning.

Late Monday night, Israeli forces were also reported to have taken 17-year-old Rabee Eyhab al-Dihan from Qabatya, near Jenin, at Huwwara checkpoint, to the south of Nablus.

An Israeli army spokesperson only confirmed only 11 such detentions overnight Monday, saying that one Palestinian was detained in Ramallah district, one in Tulkarem, two in Nablus, three in Bethlehem, and four in Hebron.

She said that one of the Palestinians detained in Nablus was a ‘Hamas operative,’ while the others were detained for ‘illegal activities.’

Israeli forces have detained hundreds of Palestinians since a wave of unrest swept the occupied Palestinian territory at the beginning of October.