Above the Law: Israel’s Non-implementation of UN Resolutions on Occupied Palestine 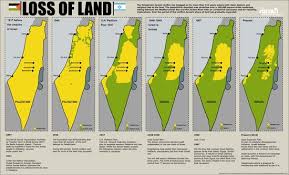 Half a century has elapsed since Israel established its brutal occupation of Palestine, and almost seven decades have passed since the 1948 Palestinian Nakba, which constitutes the beginning of discrimination, dispossession and displacement for Palestinians and their persistent suffering. Since then, the inalienable rights of the Palestinian people have figured prominently on the United Nations (UN) agenda. Nonetheless, the plight of the Palestinians continues.

Read: US to end UN’s ‘obsession with Israel’

In the light of this, Geneva International Centre for Justice (GICJ) has commissioned a report – “Above the Law: Israel’s Non-Implementation of UN Resolutions”. The report assesses Israel’s implementation of resolutions concerning Palestine and Palestinian rights adopted by the main UN bodies – the Security Council, the General Assembly, the Human Rights Council and ECOSOC – from 1948 to 2017. The 330 page study builds on assessment by UN experts, governments and civil society actors, and draws on field observations in Palestine. It focuses on six selected thematic areas, which are periodically addressed in UN resolutions:

The main finding of the study is that Israel has blatantly disregarded all UN resolutions criticising its illegal activities and their dire consequences for the inalienable rights of the Palestinian people since 1948. The study also finds that Israel’s occupation of Palestine is intricately linked with its apartheid system. Israel’s distinction between Jewish nationality and the “citizenship” or “residence” statuses of Palestinians forms the basis for discrimination against Palestinians. This system is also interlinked with Israel’s increasingly anti-democratic policies and practices targeting political opponents, including Jewish Israeli dissidents.

The right to self-determination

The report shows that the groundwork for Israel’s illegal policies and practices characteristic of colonialism and apartheid was laid almost seven decades ago, with the 1948 Nakba. Overriding the partition resolution, Israel had extended its borders beyond the UN-designated partition lines and annexed West Jerusalem, which had been envisaged as a city under an international regime. After having imposed its military occupation on the remaining territory of Palestine in 1967, Israel furthered administrative and legislative measures aimed at establishing permanent control over occupied Palestine, notably through its settlement policy. In recent years, Israel has taken actions subverting Palestinian self-determination in retaliation for explicit recognition of this right by the international community.

Pursuant to its establishment in 1948, Israel was quick to develop the legislative framework for the expropriation of Palestinian land and property for the sake of Jewish settlement – first within Israel and from 1967 onwards in occupied Palestine – in an effort to alter the character, status and demography of historic Palestine illegally. On grounds of discriminatory domestic property laws, military orders and an apartheid zoning and planning regime, Israel has unabatedly confiscated Palestinian land and expropriated or demolished Palestinian property inside Israel and in occupied Palestine to construct and consolidate illegal Jewish settlements. These measures run counter to innumerable UN resolutions determining that Israel’s construction of settlements has no legal validity and constitutes a flagrant violation under international law and a major obstacle to a just, lasting and comprehensive peace. Rather than constituting a novel policy, Israel’s retroactive “legalisation” of outposts hitherto considered illegal even under Israeli law, which allow for the expropriation of private Palestinian land, is a continuation of longstanding violations.

The settlement policy, in conjunction with the erection of physical obstacles, undermines the contiguity of Palestine and fragments Palestinian communities in small disconnected enclaves controlled by the Occupying Power and surrounded by massive Israeli settlement blocs, walls, checkpoints and vast security zones and roads for the exclusive benefit of Israeli settlers. Appeals by the international community, including the International Court of Justice (ICJ), dissolved into thin air in the face of Israel’s unabashed settlement and Wall construction, which deepened the fragmentation of Palestinian land and tore families apart.

The report, moreover, reveals how Israeli activities since 1948 have eroded the traditional status of Jerusalem as the centre of Palestinian political, cultural and social life and continue to subvert the future status of East Jerusalem as capital of a Palestinian state.

Notwithstanding landmark General Assembly resolution 194 (III) of 11 December 1948 and Security Council resolution 237 of 14 June 1967, as well as innumerable related resolutions, Israel persists in its denial of the rights of Palestinian refugees and displaced persons, particularly their right of return. In the absence of a just solution, many face immense suffering and deplorable conditions under occupation and in exile marked by vulnerability, dispossession and perilous socioeconomic situations. Israel’s population transfer and recurrent military operations result in incessant displacement among the Palestinian population, for which accountability and compensation remain absent.

Governance, natural resources and the economy

A further thematic area of UN resolutions whose implementation is assessed is Israel’s interference with or obstruction of Palestinian governance, economy, social development and infrastructure, which violate Palestinian political, social and economic rights.

Governance: After 1967, Israeli military forces attacked, detained or deported Palestinian politicians and attacked or closed down government institutions. The Oslo Accords entrenched the political occupation because the Palestinian Authority became dependent on Israeli funding and bound by the provisions of the agreement. Until today, Israel continues to interfere in Palestinian governance through, inter alia, the withholding of funds, the prevention of development projects, the closing down of institutions and offices, the curbing of political activity and the restriction on movement of Palestinian government officials.

Economy, social development and infrastructure: Israel lost no time in gearing the Palestinian economy towards Israeli interests. Under the 1994 Paris Protocol, Palestinian economic dependency on the Occupying Power became entrenched. Israeli restriction on the movement of people and goods, rigorous sanctions, the discriminatory zoning and planning regime, military actions and the suffocating blockade on Gaza have devastated the Palestinian economy and caused lasting socioeconomic hardship as well as a protracted humanitarian crisis in Gaza.

The continued refusal of Israel to apply the Fourth Geneva Convention since 1967 created a situation in which a defenceless civilian population faces a vast and powerful military sustained financially by the Israeli state and supported by the Israeli government on a daily basis. Israel persists in its prolonged military occupation and frequent devastating operations, particularly in Gaza, marked by excessive use of force affecting Palestinian civilians disproportionately. These cause unquantifiable loss and suffering, further deprive the Palestinian people of a dignified life and deepen despair.

The widespread violations by Israel against the Palestinian people constitute the longest outstanding, serious human rights issues on the UN agenda. Regardless of repeated appeals by the international community since 1967 to apply its obligations under international human rights and humanitarian law in occupied Palestine, Israel has entrenched its deliberate, organised and institutionalised violations of Palestinians’ human rights, which have been criticised regularly in UN resolutions:

While Israel has continued to defy international law and human rights law with utmost impunity throughout almost seven decades, Palestinians see their inalienable rights disintegrate in the face of prolonged occupation, asymmetrical warfare, power politics and political expediency. The unrelenting efforts by several UN Member States to introduce necessary forcible measures under UN Charter Chapter VII through the Security Council to force Israel to comply with its international obligations have been blocked repeatedly by the veto of the United States.

The report concludes that the only way to end violations in the region is to dismember the brutal system of occupation. The liberation of Palestinians from the shackles of occupation and apartheid and the dissolution of discrimination against ethnic and increasingly political minorities within Israel would give way to real democracy and just peace in the region. To finally achieve this aim, all actors who are genuinely concerned about human rights and peace must act as a united front to bring to an end an inhumane system that threatens the humanity of, and justice for, all of us.