After 28 Days In Israeli Morgue, Slain Mother Buried Next To Her Son 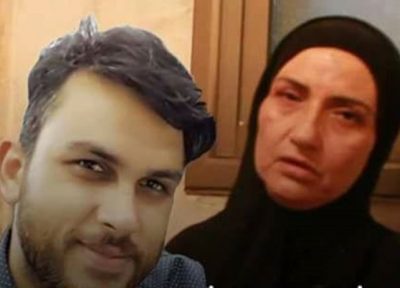 After Israel held her body for 28 consecutive days since the soldiers shot her, and prevented medics from approaching her, eventually leading to her bleeding to death, the corpse of slain Palestinian mother from Shu’fat refugee camp, in occupied Jerusalem, was finally released to her family, and was buried next to her son, who was killed by the soldiers in September of last year.

The Palestinian Red Crescent Society said it received the corpse of Seham Rateb Nimir, 49, from an Israeli military base, in Anata village, and transferred it to her family in Shu’fat refugee camp. She was buried late on Wednesday evening.

Fateh movement spokesperson in Shu’fat refugee camp Thaer Fasfous, said approximately 300 persons participated in the funeral ceremony, after her body was finally sent back home, and marched towards the local council for prayers before burial.

Fasfous added that Seham was buried next to her son, Mustafa Nimir, 27, who was killed in September of 2016, after the soldiers fired a barrage of bullets at his car, calming that her tried to ram them, and later admitted he never tried to attack them.

Seham was killed on March 30th 2017, in Bab al-‘Amoud area, in occupied East Jerusalem, after the soldiers claimed “she carried scissors, and attempted to stab them.” She bled to death after the soldiers prevented medics from approaching her.