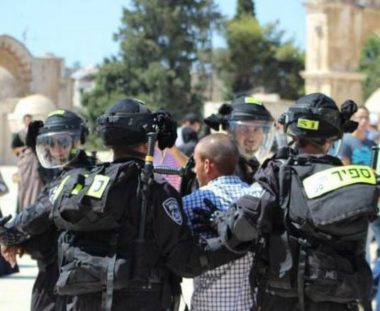 Israeli soldiers assaulted and abducted, Monday, a Palestinian employee of the Waqf and Islamic Endowment Department in the Al-Aqsa Mosque, in occupied East Jerusalem, and took him to an unknown destination.

The employee has been identified as Ashraf Sharabati, and was taken prisoner after groups of soldiers, police officers and colonialist settlers invaded the courtyards of the holy site, and conducted provocative tours, after removing the Palestinians.

Also on Monday, a young Palestinian man, and a child, from Hizma and al-Ram town, in occupied East Jerusalem.

In related news, the soldiers abducted two schoolchildren in Betunia town, west of the central West Bank city of Ramallah.