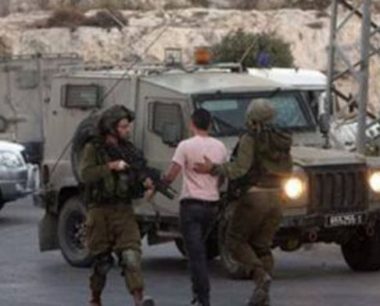 Israeli soldiers invaded, Sunday, the towns of Ethna and Yatta, in addition to several parts of Hebron city, in the southern part of the occupied West Bank, and abducted three Palestinians.

They added that the soldiers also searched homes in Yatta town, south of Hebron, and abducted a university student, identified as Abed al-‘Arouri.

The army stopped and searched dozens of Palestinian cars, and interrogated many residents while inspecting their ID cards.