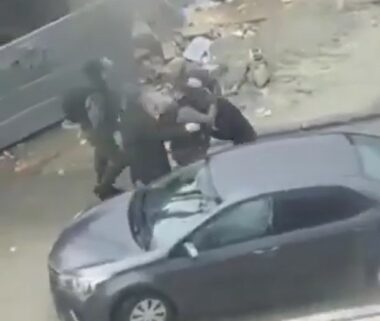 Israeli soldiers assaulted, Monday, a young Palestinian man from Qalandia refugee camp, north of occupied Jerusalem in the West Bank, and abducted him.

Local sources said dozens of soldiers invaded the main entrance of the refugee camp, leading to protests before the soldiers repeatedly assaulted a young man, and abducted him.

The sources added that the young man was identified as Ahmad Mteir and that the soldiers took him to the nearby military base.

In addition, the soldiers closed the Qalandia terminal after stopping and searching dozens of cars and forced the Palestinians to leave.

In related news, the soldiers and military police officers invaded the Ibrahimi Mosque in the southern West Bank city of Hebron, as part of a training drill in and around the holy site.

On Monday at dawn, the soldiers abducted six Palestinians from their homes in several parts of the occupied West Bank.