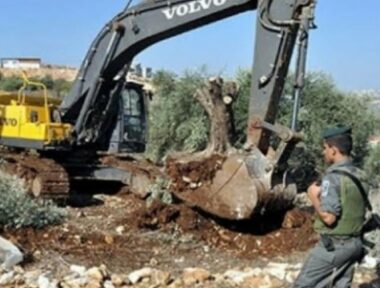 They added that the soldiers also brought concrete blocks and closed an agricultural road leading to the mountain to prevent the Palestinians from reaching it.

The Palestinians fear that the army intends to illegally annex their lands amidst the ongoing attempts to build illegal colonies.

It is worth mentioning that the Palestinians have been protesting for more than 100 days since illegal Israeli colonizers occupied the top of Sbeih Mountain and installed an outpost on stolen Palestinian lands.