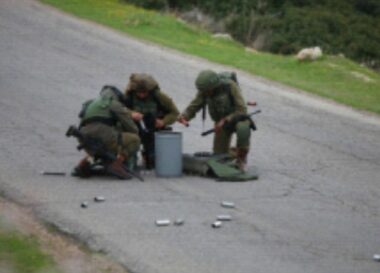 Daraghma added that the Israeli army is using live fire, in addition to tank and artillery shells in complete disregard to the lives of the Palestinians in the area.

It is worth mentioning that the Israeli army carried these drills out several times a year, and uses various sorts of ammunition, including shells and explosives in Palestinian farmlands and grazing areas.

The military drills include the use of live fire and shells in Bedouin villages and farmlands in the Jordan Valley, in addition to various areas in the occupied West Bank, mainly near Tubas, in central West Bank, Hebron, in the southern part.