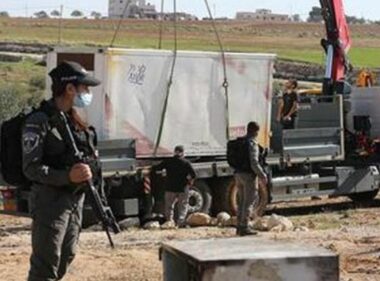 The soldiers surrounded the community before invading it and dismantled the structures, owned by Ibrahim Abu ‘Arouj, under the pretext of not receiving a permit from the “Civil Administration Office,” the administrative branch of Israel’s illegal occupation.

The soldiers also detained four journalists for several hours, preventing them from documenting the invasion and violations.