Army Fires Gas Bombs At A School Near Bethlehem 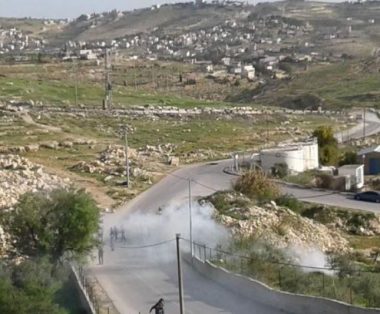 Israeli soldiers attacked, on Monday morning, many schoolchildren with gas bombs, in a secondary school in Teqoua’ town, east of the West Bank city of Bethlehem.

Media sources said the soldiers fired at least ten gas bombs into the school, an issue that forced the administration to close all its outer gates, to prevent the army from invading it.

The school’s administration said the military’s constant presence in front of the school is causing more tension, endangering the lives of the students and threatening the flow of the educational process.

The soldiers constantly provoke the students, and search them, in addition to installing roadblocks near the school.

On Monday at dawn, the soldiers abducted thirteen Palestinians, including children, from their homes in several parts of the occupied West Bank.