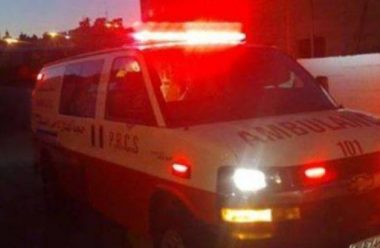 Israeli soldiers shot and injured, Friday, at least 59 Palestinians, including three with rubber-coated steel bullets, in Qusra village, south of the northern West Bank city of Nablus, after the soldiers assaulted dozens of residents holding prayers in the area were an Israeli colonist murdered a Palestinian Thursday.

Ahmad Jibreel, the head of the Emergency Department at the Palestinian Red Crescent (PRC) in Nablus, said PRC medics provided treatment to 55 Palestinians who suffered cuts and bruises, and the severe effects of teargas inhalation.

He added that the medics also transferred three additional Palestinians to Rafidia hospital after the soldiers shot them with rubber-coated steel bullets.

The Israeli army assaulted the Palestinians who held Friday prayers in Ras an-Nakhel area where resident Mahmoud Odeh, 46, was murdered, Thursday, by Israeli colonists, who attacked the villagers picking their olive trees.

It is worth mentioning that dozens of extremist Israeli colonists gathered at the main entrance of the town, and attempted to invade it, while the soldiers continued to attack the Palestinian protesters and open fire at them, instead of removing the assailants.