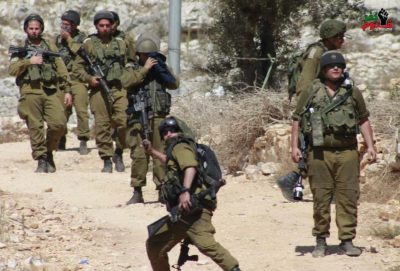 He added that the soldiers shot a young man with a rubber-coated steel bullet and caused others to suffer the effects of teargas inhalation.

The Palestinians, accompanied by Israeli and international peace activists, hold popular protests every Friday and Saturday, demanding the army to reopen the town’s main road, which is the main route to nearby Nablus city, and has been blockaded by the military for 14 years.

On Friday, the soldiers attacked the procession in the town, and shot three Palestinians, including one child.

The Israeli army blocked off the road after expanding the illegal colony of Kedumim, in 2003, forcing village residents to take a bypass road to travel to Nablus, which has extended the travel time to Nablus from 15 minutes to 40 minutes, according to Israeli rights group, B’Tselem.