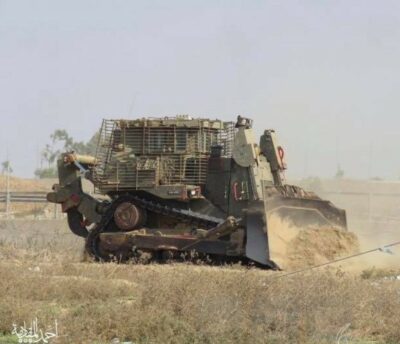 Media sources said several armored vehicles, including bulldozers, invaded the Palestinian lands near the fence and advanced dozens of meters.

They added that the army bulldozed lands near the perimeter fence and installed sand hills while military drones flew overhead.

The soldiers fired several smoke bombs during the invasion while advancing into the Palestinian lands, forcing the farmer to leave in fear of further escalation.