Army kidnaps Two Palestinians In Hebron And Jerusalem, Many Injured 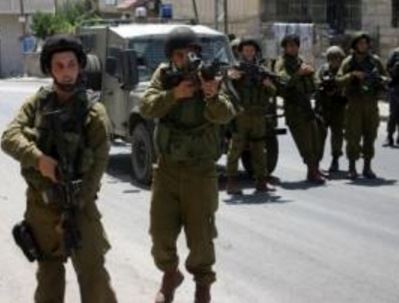 Israeli soldiers kidnapped, Saturday, two Palestinians in the southern West Bank city of Hebron, and in the Al-Aqsa Mosque, in occupied Jerusalem. Many Palestinians were injured in the Schools Street, in Jerusalem.

Media sources in Hebron said the soldiers have kidnapped a young man, identified as Islam Ayman Tamimi, 21, near the Ibrahim Mosque, in Hebron’s Old City.

Tamimi’s family said the soldiers detained many young men near the mosque, before kidnapping Islam, and took him to an unknown destination.

In addition, the soldiers invaded the Schools Street, in Jabal al-Mokabber neighborhood, southeast of Jerusalem, and closed it, causing a huge traffic jam.

The soldiers then fired many concussion grenades and gas bombs at students, trying to reach their schools, causing dozens of them to suffer the effects of tear gas inhalation. Many youngsters also hurled stones at army vehicles.

In addition, the soldiers kidnapped a young Palestinian man from the Al-Aqsa Sharia School, inside the Al-Aqsa Mosque, in occupied Jerusalem.

A mosque guard said the soldiers cuffed and blindfolded the kidnapped young man, and took him to an interrogation center in the city. His name remained unknown until the time of this report.