Army Shoots and Injures Two Teens, One Seriously, in Al-Biereh 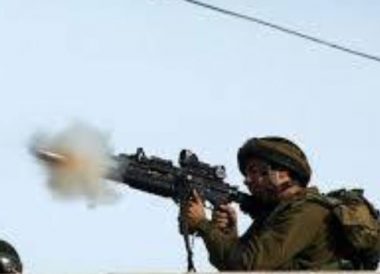 One of the injured teens, who was struck in the head with a steel bullet, was rushed to Palestine Medical Center in Ramallah for emergency surgery.

The condition of the child, who was not identified at the time of this report, was described as serious.

During the army invasion, soldiers stormed many civilian homes, no detentions were reported.

In related context, the army, on Friday, shot and killed a 13 year old Palestinian child, identified as Mohammad Da’das in Deir al-Hatab village, east of Nablus in the northern occupied West Bank.