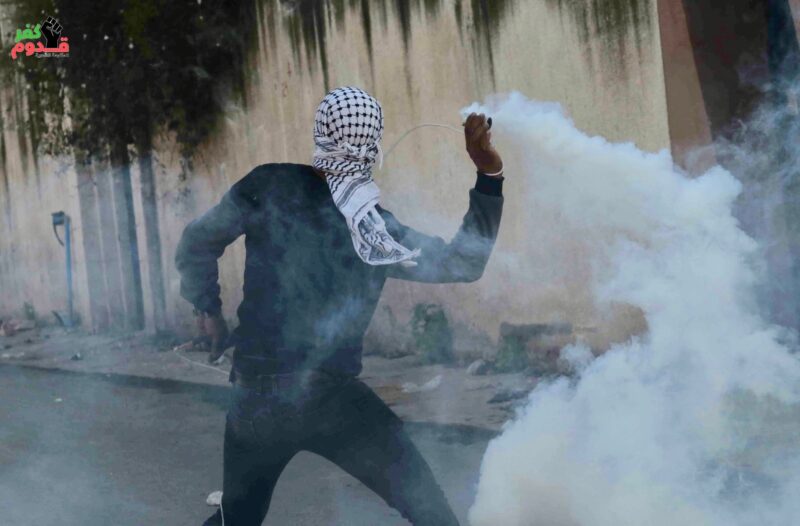 Israeli forces attacked, on Saturday, a non-violent demonstration in the northern West Bank village of Kufur Qaddoum, located east of Qalqilia, according to a local official.

Morad Eshteiwi, the media spokesperson for the Popular Committee against the Annexation Wall and Colonies in Qalqilia, stated that Israeli soldiers stormed the village and opened fire with rubber-coated steel rounds and tear gas canisters.

Eshteiwi added that 5 young men were shot and injured with rubber-coated steel rounds, while 40 people suffered the toxic effects of tear gas inhalation. Injuries were treated on site by local medics.

Furthermore, on Friday, the army injured several protestors in Kufur Qaddoum, shooting a 12-year-old child in the thigh with live ammunition.

The villagers in Kufur Qaddoum have been steadfast in their rejection of Israel’s illegal settlement activity in the area, and the closure of the main road, located at the entrance of the town.

Every week for many years, local civilians gather on Fridays and Saturdays to march to the main entrance of the town, where the main road was closed off to Palestinians in 2003, while the colonial settlers from nearby settlements have exclusive access.