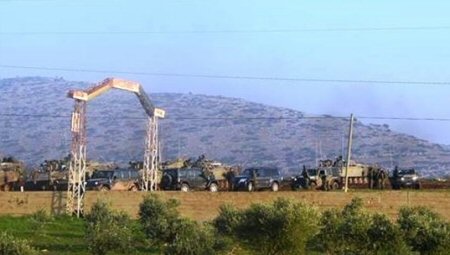 Israeli forces cut down and uprooted hundreds of Palestinian-owned olive trees in the Jordan Valley area of the northern occupied West Bank, on Monday.

Bisharat confirmed that more than 520 olive trees were either cut down or uprooted.

He added that the olive trees were about 15 years old.

The Jordan Valley forms a third of the occupied West Bank, with 88% of its land classified as Area C — under full Israeli military control.

International rights organizations consider the continuation of the Israeli campaign which targets Palestinians in the Jordan Valley, whether though confiscations, demolitions or evictions under the pretext of holding military exercises, as a violation of international humanitarian law.