Balboul Could Regain Eyesight After Treatment And Nutrition 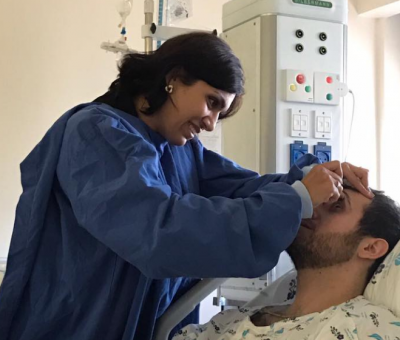 Mohammad Balboul lost his eyesight two weeks ago, after an extended hunger strike, along with his brother Mahmoud, and Malek al-Qadi who was released Saturday and was instantly moved to the Istishari Hospital, in Ramallah.
After examining Mahmoud Balboul, Dr. Erekat, of Saint John Eye Hospital in Jerusalem, said Mohammad’s optic nerves, and retinas, seem to be in a good condition. She added that the deficiency in vitamins and nutrition during the strike are the main causes for his temporary blindness.

“We hope he will regain his eyesight soon, after he receives his much needed nutrition and medical treatment,” Dr. Erekat stated.

Also Sunday, detainee Yasser Hamdouni, died at the Ramon Israel prison, due to the lack of professional medical treatment despite his deteriorating health condition.