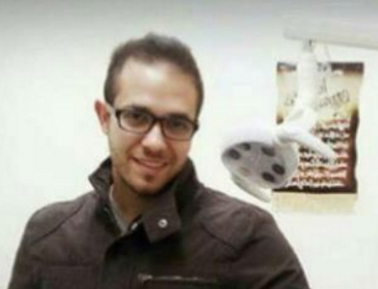 The Palestinian Detainees’ Committee has reported, on Sunday evening, that the Israeli Prison Authority has decided to move detainee Mohammad Balboul, who held an extended hunger strike, from the Wolfson Israeli medical center to the infamous Ramla prison clinic.

In a press release, the Committee said that despite the difficult health condition of the detainee, his temporary blindness due to complications from his hunger strike, and various other health issues, Israel decides to move Balboul to a prison clinic that lacks even basic supplies, and specialists.

It added that Balboul still needs professional medical treatment, including to be examined and treated by specialists in a number of medical fields, instead of being moved to an infamous prison clinic.

It is worth mentioning that Mohammad, his brother Mahmoud, and Malek al-Qadi, have ended their hunger strike last Wednesday, after reaching an agreement ending their illegal and arbitrary Administrative Detention, without charges or trial. They began their strikes on July 8th, 2016.

Malek al-Qadi was released, Saturday, and was instantly moved to the Istishari Hospital, in the central West Bank district of Ramallah, while the Balboul brothers are scheduled to be released on December 8th, 2016.

In related news, several Israeli soldiers, and special units of the Israeli Prison Authority, assaulted Sunday many detainees in Nafha prison after they returned their meals, declaring mourning after the death a Palestinian detainee in solitary confinement in Ramon prison.

The attack was carried out after the detainees started protesting in condemnation of the death of Yasser Hamdouni, who died, Sunday, in Ramon Israel prison, due to the lack of professional medical treatment despite his deteriorating health condition.