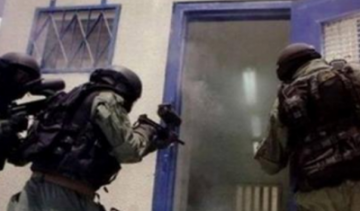 Several Israeli soldiers, and special units of the Israeli Prison Authority, assaulted Sunday many detainees in Nafha prison after they returned their meals, declaring mourning after the death a Palestinian detainee in solitary confinement in Ramon prison.

The Palestinian Detainees’ Committee has reported that the special military force in Nafha invaded many sections and rooms in Nafha and assaulted the detainees. 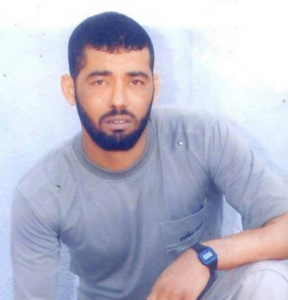 It added that the attack was carried out after the detainees started protesting in condemnation of the death of Yasser Hamdouni, who died, Sunday, in Ramon Israel prison, due to the lack of professional medical treatment despite his deteriorating health condition.

The detainees in various Israeli prisons, and detention camps, have decided to return the meals for three days, to mourn Hamdouni’s death, and to protest the constant violations against them.

The Detainees’ Committee said Hamdouni’s life could have been saved if he received the urgently needed treatment and medical attention, as he suffered various health complications for many years.