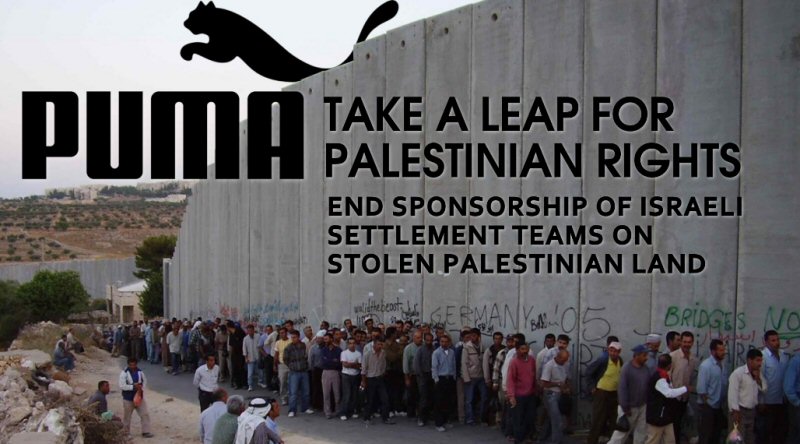 The Boycott, Divestment, and Sanctions (BDS) movement against Israel has mobilized activists in 20 countries, calling for a boycott of German sportswear manufacturer Puma, due to its sponsorship of the Israel Football Association (IFA).

Human rights activists and sports fans were called to demonstrate at Puma retail outlets, offices, and matches of Puma-sponsored teams, on Saturday.

Among the various events was a pro-Palestine solidarity football match organized by the USIM and UniSZA universities in Terengganu, Malaysia.

Users on social media also expressed solidarity with the boycott movement, posting images of Puma clothing, shoes and bags with “Boycott” written over them.

Last week, advertisements regarding the “Boycott Puma” movement also appeared in subway cars in Britain’s capital city of London, describing the sportswear company as a “proud sponsor of Israeli apartheid.”

The protests come after Puma signed a four-year sponsorship deal with the IFA shortly after its rival Adidas announced that it would be no-longer sponsoring the IFA last year.

The BDS movement’s official website claims that Adidas’ decision followed “an international campaign and the delivery of over 16,000 signatures to Adidas headquarters.”

“We are constantly subjected to humiliating searches at military checkpoints when we travel for training sessions or events. Our matches get interrupted and raided by armed soldiers. Our pitches get swallowed by ever-expanding illegal settlements and our stadiums destroyed by Israeli bombs,” she wrote.