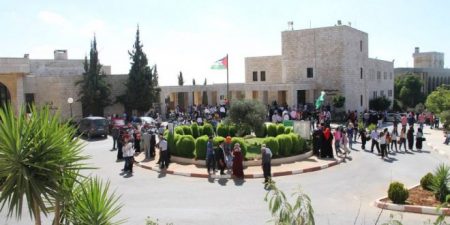 Birzeit University condemns, in the strongest possible terms, the denial of entry to Dr. Adam Hanieh, who was invited by the Ph.D. Program in the Social Sciences at Birzeit University to deliver a series of lectures at the university.

Dr. Hanieh, a Senior Lecturer in the Department of Development Studies at the School of Oriental and African Studies at the University of London, was deported back to London on the morning of September 13, 2016. He was held for questioning for 10 hours at Ben Gurion airport, and then taken overnight to a detention centre outside the airport. In addition to being refused entry, Dr. Hanieh was banned from entering the country for ten years.

Dr. Hanieh was scheduled to share his vast knowledge of global and Middle East political economy with students in the Ph.D. program as well as the university community in a series of lectures scheduled in the coming two weeks.  Hanieh is an accomplished scholar, the author of Lineages of Revolt: Issues of Contemporary Capitalism in the Middle East (Haymarket Books, 2013) and Capitalism and Class in the Gulf Arab States (Palgrave Macmillan, 2011), as well as numerous academic articles.

This act of denial of entry and deportation by the Israeli state and its agencies is part of a systematic policy of denial of entry to international academics, professionals and activists intending to visit Palestine. This policy represents an attack on Palestinian academic freedom, and is routinely practiced at the two entry points, the airport in Tel Aviv and the Jordan valley crossing from Jordan.