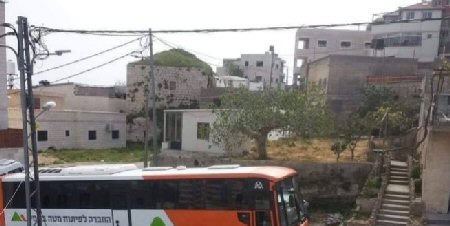 Over 250 settlers, on Thursday, stormed an archaeological site in Al-Jib village, one of the oldest Palestinian villages, located northwest of Jerusalem and currently falling in both areas B and C of the occupied West Bank.

According to local sources, the settlers, protected by Israeli soldiers, stormed the area and performed Talmudic rituals, while the soldiers closed the main road leading to the village for two hours, in order to protect the settlers.

Al-Jib , which is considered one of the oldest areas in Palestine, contains remains that date back to  the Iron Age and the Roman era, and holds ancient architectural achievements which are estimated to be 3,200 years old.