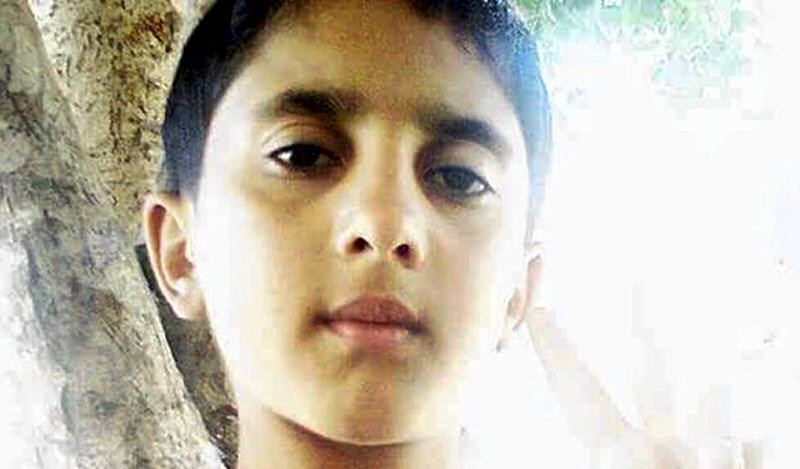 An Israeli soldier shot and killed a 14-year-old Palestinian with live ammunition during protests east of Rafah, in the southern Gaza Strip, near the perimeter fence, on June 8.

Haitham Mohammad Khalil al-Jamal died Friday evening in a hospital, in the southern part of the Gaza Strip, a few hours after sustaining the bullet wound. Israeli forces had opened fire from the opposite side of the fence on protesters east of Al-Shoka village, according to initial reports by Defense for Children International – Palestine.

“Israel’s use of live ammunition along the Gaza Strip perimeter fence will continue to result in the killing and maiming of Palestinian children if left unchecked,” said Ayed Abu Eqtaish, Accountability Program director at DCIP. “The international community must insist Israel abide by international law and stop using lethal force when it is unwarranted.”

Haitham’s family told DCIP their son had joined a protest march that day. DCIP’s initial investigation found that Israeli forces shot Haitham around 3:30 p.m. in the abdomen. The bullet travelled through his intestines and exited out his back, medical sources said. Haitham was transported to Abu Yousef Al-Najjar hospital in serious condition and then was transferred to the European hospital. Shortly after 6:30 p.m., doctors pronounced the child dead.

Israeli forces killed three adults and injured some 286 civilians during Gaza Strip protests on June 8, including 42 children, according to the Palestinian Center for Human Rights.

The Israeli army stated on social media that in response to the use of burning tires, grenades, pipe bomb, rocks, and burning kites, forces were employing “riot dispersal means and are operating in accordance with the rules of engagement.”

Under international law, lethal force may only be used as a last resort in circumstances where a direct threat to life or of serious injury exists.

Israeli forces have killed fifteen Palestinian children since “March of Return” protests began along the Gaza Strip perimeter fence. In addition to Haitham, fourteen children were killed during Gaza Strip protests between March 30 and May 15. The majority of these deaths were the result of Israel’s use of live ammunition.

Defense for Children International has called upon the international community to take urgent action concerning Israel’s killing and maiming of Palestinian children in the Gaza Strip.

In the West Bank, Israeli forces also killed 15-year-old Odai Khalil, who succumbed to his wounds on May 23 after he was shot with live ammunition during clashes at a Ramallah-area military checkpoint.

The “March of Return” demonstrations began on March 30 in protest of Palestinian refugees’ inability to return to properties lost during the establishment of the state of Israel in 1948, according to local media. Approximately 70 percent of Gaza’s current 2 million residents are registered refugees.