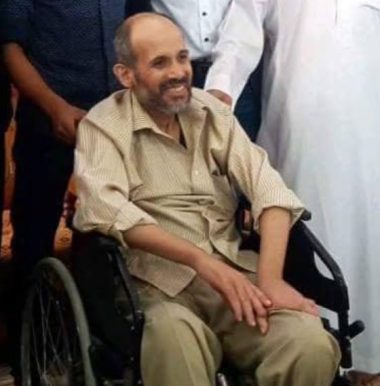 Medical sources have reported, Wednesday, that a Palestinian man from northern Gaza died from serious complications caused by wounds he suffered after Israeli soldiers shot him eight years ago.

The sources said the man, identified as Kamal Mohammad al-Yaziji, from Beit Hanoun, in the northern part of the Gaza Strip, died from serious complications resulting from an Israeli bullet in his spine.

His family said Kamal was shot by live Israeli army fire in his spine, causing paraplegia, in addition to constant complications, including serious infections and skin breakdowns.

They added that Kamal also developed gangrene, followed by further serious infections that claimed his life.

It is worth mentioning that many patients, suffering with various health conditions, including cancer and kidney diseases, have died due to the ongoing siege on Gaza, after being unable to receive treatment either in Israeli hospitals, or in hospitals in Arab counties and other parts of the world.