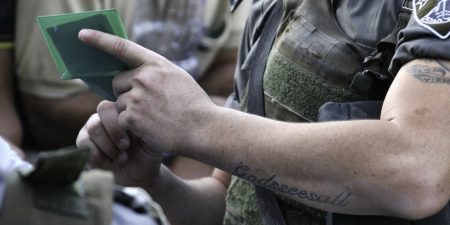 Today’s human rights realities did not begin in 1993 nor in 1967, but with the emergence of Zionist colonisation of Palestine. Human rights organisations will not find a solution if they pretend otherwise.

Israeli practices and policies are a combination of apartheid, military occupation, and colonization. This regime is not limited to the Palestinians living in the occupied Palestinian territory (oPt) of the West Bank and Gaza Strip, but it also targets Palestinians residing on the Israeli side of the 1949 Armistice Line, as well as those living in forced exile. Indeed, Israel’s treatment of non-Jewish Palestinians throughout Israel, the oPt, and the Diaspora constitutes a comprehensive discriminatory regime aimed at controlling the maximum amount of land with the least number of indigenous Palestinians.

Many Palestinian human rights organizations, however, limit their mandate either to the occupied Palestinian territory or to Israel only, thus conforming to Israeli-imposed legal categories, which aim to geographically isolate these areas from each other. Some organizations circumscribe their scope of intervention even more narrowly – for example, only to the West Bank, to the Gaza Strip, to Area C within the West Bank, or to East Jerusalem. When they restrict their mandate in such a way, human rights groups in the oPt are actually confirming the notion that the problem they are trying to combat is confined only to areas occupied in 1967. In fact, for organizations that limit their operations to those territories only, the implicit starting point could even be considered the 1993 signing of the Oslo Accords, which consolidated the movement restrictions between Gaza and the West Bank.

Yet, the realities that we all deal with did not begin in 1993 nor in 1967. They began with the emergence of Zionist colonization of Palestine – the starting point of the Palestine ‘question’ – and should be recognized as such in seeking a solution. No organization will find or even come close to finding a solution if they believe or pretend to believe otherwise.

The practice of geopolitically dividing the Palestinians started in 1948. Israel needed first to cut off existing relationships and ties among Palestinians and did so through the Nakba, which tore apart the social fabric of Palestinian society. All Palestinians, including those who managed to remain in the territory that became the state of Israel, had a sister, a cousin, a brother-in-law, an uncle, or a neighbor who was forcibly displaced or lost their house, farmland, or property. After cutting off those relationships between people and communities, Israel maintained the geographical scattering of Palestinians by prohibiting them from returning to their homes and inhibiting social ties with Palestinians in so-called “enemy states” – Arab states to which the majority of Palestinian refugees were forced to flee. Slowly throughout the decades, those social ties were lost, and the geographical isolation facilitated the creation of political divisions.

Terminology is another key factor in the classic colonial strategy of “divide and conquer,” producing further political divisions that build on the physical fragmentation. But what is most concerning is that, too often, we find ourselves using the terminology generated by Israel itself because, simply speaking, Israel is dominating the discourse. For example, Israel treats the Druze as a distinct nationality from Arabs, and Palestinian NGOs inside Israel that operate according to these parameters deal exclusively with “Druze villages” and “Druze municipalities.” This is so because Israel applies different legal frameworks, budgets, and ministerial departments to these communities, and thus has pushed Palestinians to adopt a corresponding approach.

In addition, the Palestinian Bedouins in the Naqab are placed in a separate administrative category, which was deliberately employed by Israel to misleadingly divide them from other Palestinians. Unfortunately, we find Palestinians themselves using the term ‘Bedouins’ as a separate classification as well. Yet the displacement of the Palestinian Bedouins in the Naqab is clearly connected to the forcible displacement across and beyond Mandate Palestine, including the millions of Palestinian refugees currently living in forced exile and who are barred from coming back to their homes and places of origin.

Given this context, human rights work should not be arbitrarily limited by juridical borders. What is needed is to use the understanding of the ongoing Palestinian Nakba as a lens for developing a holistic approach that crosses such boundaries and recognizes a struggle that covers all of Mandate Palestine and includes all Palestinians. Such an understanding that frames, guides and unifies the language of our analysis is vital to our work in dealing with the Palestinian quest for freedom, liberation and human rights.

As human rights activists and organizations, we must be more careful in the way we articulate reality through the terminology we use. If Palestinian civil society seeks to struggle against the process of forcible displacement, we should not stratify our people, but rather use language to build a common struggle against a colonial project that aims to erase the presence of the indigenous Palestinian community. We should not, even indirectly, support this kind of destruction of the Palestinian people while accepting the division made by the colonial power. We have to control our own discourse, to challenge the Israeli narrative’s local and international dominance.

The key, therefore, is for human rights organizations to always emphasize the two dimensions of time and space. With regards to ‘time,’ it must be asserted that the situation today is directly connected to, and a continuation of, what happened in 1948 or even prior to that. And with regards to ‘space,’ it must be recognized that what is happening today in Bethlehem, Jenin, Gaza and Jerusalem is also happening in Haifa, Jaffa, Iqrith and the Naqab.

Amjad Alqasis holds a LL.M. in international public law and is a legal researcher and a member of the Legal Support Network of BADIL Resource Center for Palestinian Residency and Refugee Rights. From 2011-2014 he was the coordinator of BADIL’s international and legal advocacy program. Since August 2014, Amjad has been an advisor at Al Haq Center for Applied International Law. He has published several articles and researches on various topics concerning the Palestinian-Israeli conflict.

This article originally appeared in The Nakba Files: The Nakba, The Law and What Lies In Between