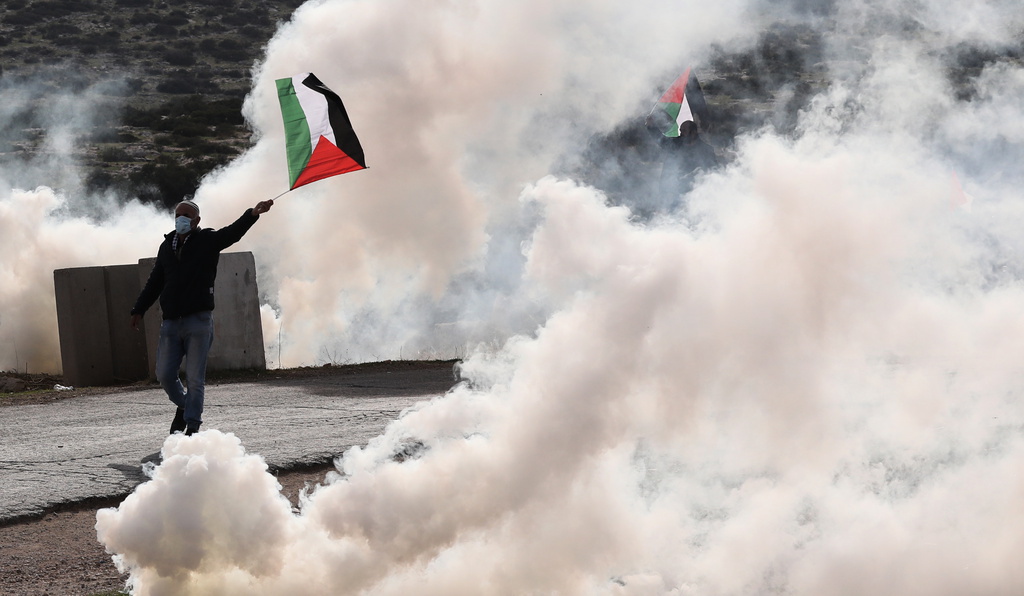 Dozens of Palestinians were injured, on Sunday, after Israeli forces suppressed a peaceful demonstration, in the southern occupied West Bank city of Hebron, the Palestinian News and Information Agency (WAFA) reported.

According to WAFA correspondent, the army fired teargas at the non-violent protesters, who demonstrated in solidarity with Palestinian prisoners who are ongoing with their hunger strikes, causing dozens to suffer the effects of teargas inhalation.

Protestors repeated slogans demanding the release of the hunger-striking administrative detainees held by the occupation authorities with no charges or trial.

At this time seven Palestinian administrative detainees are maintaining their hunger strikes in rejection of their unjust detention without charges or trail.

Kayed al-Fasfous, who embarked on his hunger strike 102 days ago, is at risk of death at any given moment, however is determined to continue the strike for his freedom.