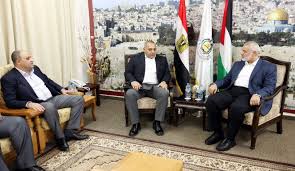 The Egyptian delegation sent by the government traveled to Israel from Gaza on Thursday to try to negotiate a ceasefire of the three-day long Israeli shelling campaign against the Gaza Strip.

Egyptian officials have, in the past, stepped in a number of times to facilitate negotiations between the Israeli government and the elected government of the Hamas party in Gaza.

The Israeli paper Ha’aretz reported that an unnamed Israeli official told the paper, “The Egyptians were very involved in talks even back when Yasser Arafat was in Gaza…and even more so after Hamas took over Gaza.”

The Hamas party was elected by popular vote in the Palestinian Territories in 2006, but were not allowed to take power in the West Bank, where the Fateh party rules. The party did, however, form a government in Gaza at that time. There has not been a Palestinian popular election for the Presidency since 2006, although parliamentary elections have been held.

According to local Palestinian sources, the Egyptian mediation team met with a number of Palestinian resistance groups in Gaza, not just Hamas. They presented the Israeli proposal to allow the expansion of the fishing zone off the coast of Gaza to 12 miles, an increase in the number of trucks allowed to cross into Gaza from Israel, and some improvement in electricity supply.

The Israeli proposal included a demand that the Hamas government stop Palestinian protesters from going out at night to protest, prevent protesters from sending off balloons with fires on them toward Israel, and demand that protesters who come out on Saturday for the Palestinian Land Day protest “remain peaceful” in the face of Israeli snipers and military troops stationed at the border.

The Palestinian officials countered with a demand that the fishing zone be expanded to 15 nautical miles, that Israel allow the entry of gas, construction materials and medical supplies into Gaza, as well as allowing workers out of Gaza into Israel.

Since Israel began its aerial assault on Monday, following a Palestinian shell that wounded 7 Israelis, the Israeli bombs have completely obliterated 30 buildings, including a number of multi-story apartment buildings and office buildings. This has left 13 Palestinian families homeless, including 44 children.

The Egyptian delegation traveled into Israel through the Erez crossing on Thursday – the result of the negotiation still remains to be seen.

The previous night, there were eleven Palestinians injured during nightly protests – five east of Jabaliya, and six east of Gaza City.