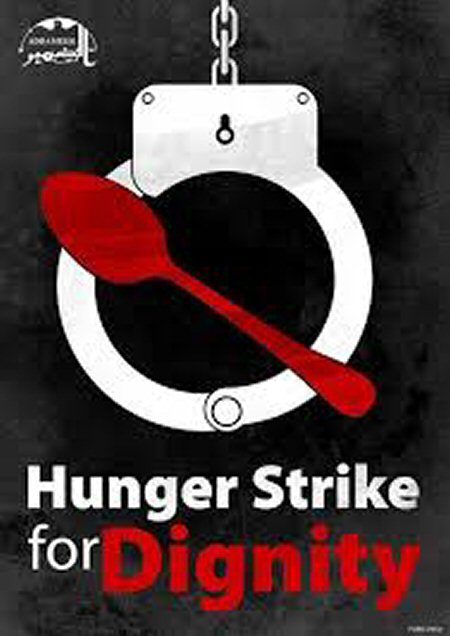 Serious health symptoms have appeared on a number of prisoners who joined the recent hunger strike, indicating that a number of prisoners have suffered brain damage and other psychological and neurological problems as a result of pressure and repression practiced against them, which led to a serious deterioration in their health, the Prisoners and Ex-prisoners Commission reported.

The commission revealed, in a press statement on Sunday, according to Al Ray, that one of the prisoners suffers a severe psychological state, has become silent, and acts involuntarily, saying, “I feel that someone took my brain, and live in hallucinations and fantasies.”

Issa Qaraqa’a, head of the Prisoners’ Affairs Authority, blamed the prison service and Israeli government for the crises of the detainees, who were on hunger strike for 41 days, during which they were subjected to various forms of brutal repression.

Qaraqa’a called on Red Cross doctors to speed up the medical and psychological examinations of prisoners who participated in the strike, and to stand fully on their health.

“The hunger striking prisoners are still living in difficult health conditions, health problems felt in the vision and the continuing imbalance, moreover the most serious problem for a number of prisoners is damage to the brain they suffer, which requires urgent intervention to save their lives and health,” he pointed out.