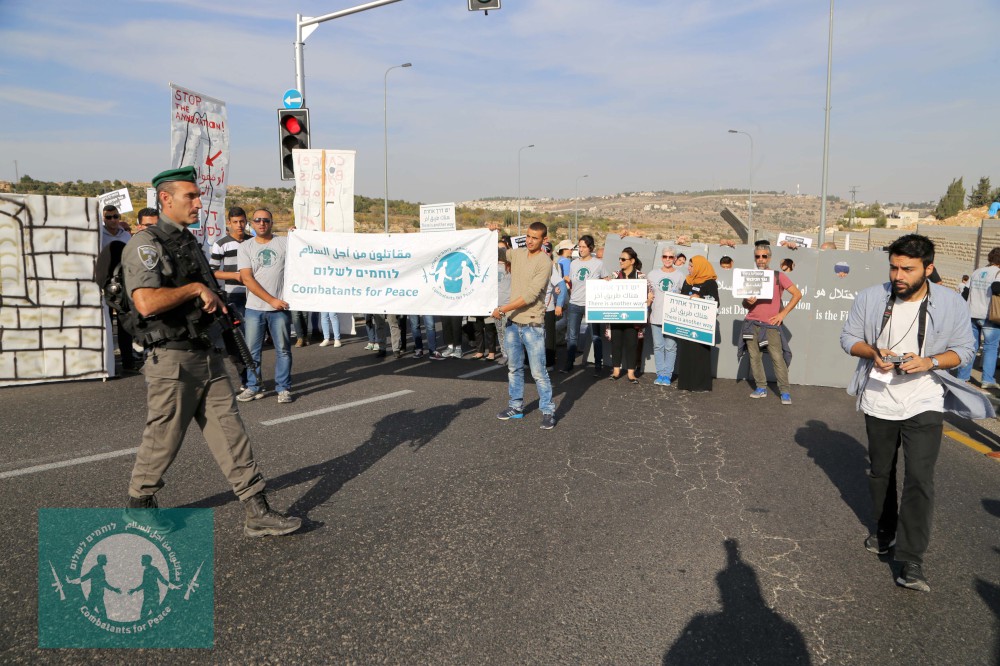 The march started from the entrance of Hussan village to the south of Bethlehem city. People marched towards settlers road 60 and walked all the way to the tunnel checkpoint separating Bethlehem area from Jerusalem.

During the march activists and members of CFP used hand-made poppets to close the settlers road and then used it during the protest as the chanted anti occupation slogans and demanded the end of occupation and the establishment of peace. At the checkpoint the theater group pf CFP presented a short play about the effects of Israel’s home demolishing policy on the Palestinian communities in the West Bank.