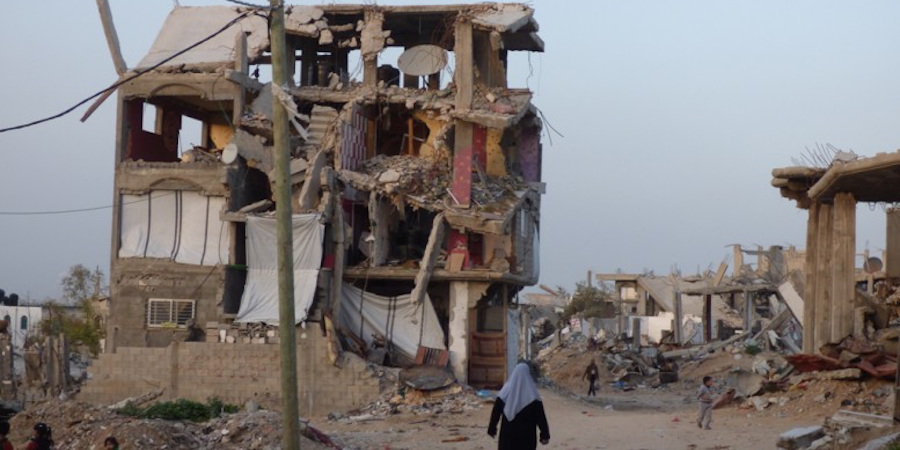 The humanitarian affairs office of the UN in Palestine warns of dwindling funds for its stopgap solutions to Israeli occupation and besiegement of Gaza.

The United Nations Office for the Coordination of Humanitarian Affairs in Occupied Palestinian Territory (OCHA) released a report to mark two years since the 26 August 2014 ceasefire that ended what it deems “the most devastating round of hostilities in Gaza since the beginning of the Israeli occupation in 1967.”

Specifically, the report provides a “snapshot” of progress made and outstanding needs in Gaza in the wake of Israel’s 2014 attack.

The report cites the Detailed Needs Assessment and Recovery Framework for Gaza (DNA), a joint effort of the Government of the State of Palestine, the UN, the World Bank and the European Union, to highlight the minimum amount of financial support that Gaza requires for reconstruction after the 2014 attack. According to the DNA, Gaza needs $3.9 billion for such efforts.

The report identifies the largest amount of money – $1.4 billion – as necessary to address persistent infrastructure damage, rubble removal, as well as losses of homes, energy and water facilities in Gaza. This sector has also been the site of the most successful reconstruction projects since 2014.

OCHA reports that 50% of repairs to houses that were damaged but still inhabitable during the war have been completed, and another 12% are in progress.

Over 30% of severely damaged, uninhabitable homes have been reconstructed, and another 30% are undergoing reconstruction.

Four out of 14 higher education institutions that were damaged in the 2014 aggression have been repaired, while work continues on another seven.

Out of 274 Kindergartens damaged during the hostilities, 180 have been repaired.

The UN has rehabilitated two cultural sites and provided support for the rehabilitation of three mosques, as Israeli forces damaged 22 cultural heritage sites and 33 cultural institutions in Gaza in 2014.

Moreover, a combination of UN and private sector efforts has removed 1.8 million tons of rubble from Gaza. In the process, the UN cleared over 3,300 explosive remnants of war from the rubble – an ongoing danger that affects 450,000 Palestinian children in Gaza.

Almost all water, wastewater and energy networks and facilities that were damaged in 2014 have been repaired or are well on their way to being repaired, the report claims.

Though donors pledged to supply Gaza with $3.5 billion of the $3.9 billion it requires for reconstruction efforts, DNA has been funded less than 20% since the 2014 attack: just $472 million has been disbursed to the fund.

According to DNA, a total of $763 million is needed to address the immediate needs of those who were made most vulnerable in 2014 alone – i.e. the internally displaced, food insecure, those with special needs, etc.

Failure to meet these pledged donations will primarily affect the 65,000 Gazans who continue to be displaced and/or require humanitarian assistance as of 2014.

In addition to affecting the availability of humanitarian resources like cash assistance and temporary shelter, the upcoming lack of funding will hinder home repairs: about 60,000 homes continue to await repairs when “little additional funding has been received since [2014].”

Of the severely damaged and uninhabitable homes that still need to be repaired, funding guarantees that another 14% will be completed, which leaves about 4,800 destroyed homes’ unaccounted for.

Under such desperate circumstances, little attention has been paid to issues beyond securing basic survival for vulnerable Gaza residents, such as the important task of preserving Gaza’s culture. “No funding has been received for the cultural reconstruction and recovery programs,” OCHA emphasizes.

However, despite specifying an amount of funding required to “repair” Gaza, OCHA notes that as a consequence of multiple rounds of Israeli hostilities against the coastal enclave, “even reconstructing the Gaza Strip to pre-July 2014 standards will be far from sufficient to meet the significant humanitarian and developmental needs of the people in the Gaza Strip.”

Indeed, prior to 2014, Gaza was already suffering from 7 years under Israeli blockade and multiple rounds of Israeli attacks. Today, 1.3 million Gazans are in need of humanitarian assistance – just under 70% of Gaza’s population.

Moreover, even reconstruction efforts deemed successful can’t fully succeed under the Israeli blockade. For example, though all water and electricity systems have been declared “repaired,” just 45% of Gaza’s energy needs are being met, and 70% of Gazans have access to tap water for only 6 to 8 hours every 2 to 4 days due to Israeli restrictions on fuel imports.

Recognizing Gaza’s untenable situation under Israeli control, OCHA calls on Israel to “allow greater movement of Palestinians between the West Bank and Gaza” and, referencing Israel’s restriction regime on imports to Gaza, “make sure the categorization of ‘dual use’ items follow international standards.’”

But, until the occupation and besiegement of Gaza ends, along with the rest of Palestine, humanitarian crises will persist in Palestine while international bodies’ best stopgap solutions perpetually play catch-up.

At AIC official: “A Funeral With a Political Message”