Gideon Levy Has No Sympathy for Colonists as a Group 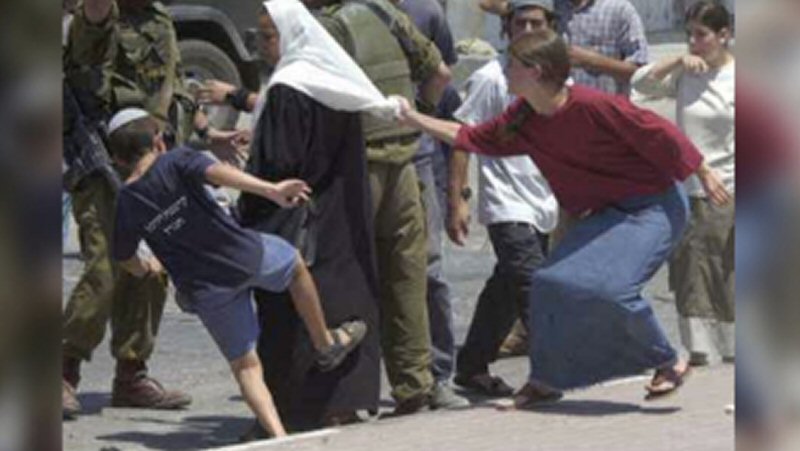 Veteran Israeli journalist Gideon Levy says all colonists and all Israelis share responsibility for the occupation and apartheid system in Palestine. There is sympathy for individuals, but there is no symmetry: the power is on the Israeli side.

Gideon Levy is one of Israel’s most renowned journalists, and also one of the most controversial. In 2014, after publishing a Haaretz newspaper criticizing Israeli pilots for bombarding civilian neighborhoods in the Gaza Strip, he was assigned bodyguards because of numerous death threats which he received. And this week, Gideon Levy has once again caused an uproar in Israel when he published in Haaretz a piece with the title I Feel No Sympathy For the Settlers. Levy argued that Israeli colonists in the West Bank are instrumentalizing Palestinian resistance, and used every murdered colonist as an excuse to expand land appropriation from Palestinians. Indeed, on Sunday, the Israeli Minister of Education Naftali Bennett did just that.

NAFTALI BENNETT: We are raising today a bill to regulate the colonization, which we call the law of fabric of life, because the residents of Judea and Samaria are not second-rate citizens. As in the dawn of Zionism, whenever there is terror, we have to build. We will achieve peace with the neighbors. How? When they will despair of the hope to get out of this country. And how? When we build more settlements, more schools, more kindergartens.

SHIR HEVER: [Serious] responses to Levy’s article were [not late] to follow, including calls on the Haaretz newspaper to fire him. We are joined by Gideon Levy now, so we can discuss this article. Gideon Levy is a prominent Israeli journalist, and author of the weekly column The Twilight Zone in the Israeli paper Haaretz. He’s also an editorial board member of Haaretz. Thank you very much, Gideon, for joining us.

SHIR HEVER: Honestly, when I read your article, I also felt uneasy. There are extreme right and violent organizations which promote the colonization of Palestine, but not everyone born in an Israeli illegal colony should have their lives forfeit because of the crime of the state of Israel. Did you not write this article in order to cause a provocation?

GIDEON LEVY: No, not at all. And I wouldn’t write it if the settlers themselves and their leadership wouldn’t behave in such a cynical way. You know, hours after the attack on this pregnant woman, hours after it, immediately they took some caravans, and with their leadership–not just, you know, young people from the margins, but with their leadership, the official leadership, and brought it to what’s called an illegal outpost, which was already evacuated, declaring that this is their answer for the terroristic attack. If they are using pain and tragedy, human tragedy, and bloodshed in such a cynical way for their real estate ambitions and interests, I have the right to tell them if this is your behavior, I have no sympathy to you.

SHIR HEVER: I think my problem is when you say ‘they,’ as if all of the colonists in the West Bank are one unit. The attack on this pregnant woman that you were talking about, she has actually survived, but her baby did not. And the baby never had a political opinion, and never made a choice. And certainly the baby is not at fault of building these caravans. In a way, aren’t you actually helping the colonists with this kind of argument, as if all of the colonists are just one unit, and murdering a colonist is a political act which can justify in their own eyes the land appropriation and dispossessing of Palestinians?

GIDEON LEVY: Well, first of all, if you take it to this resolution, then, needless to say, no baby in the world deserves to be killed. I mean, that’s not a question at all. If they have political views, even if they’re responsible or not, nobody should be a victim of murders, of killings. And for sure no innocent babies, helpless babies. This goes without saying.

But yes, we can generalize the settlers–like, by the way, I think we can generalize the Israelis. Because as we, all of us, I think, all of us Israelis carry responsibility for the occupation project, whole apartheid system, because we all are part of this machinery even if we individually oppose it. But finally, we are part of it. I always say, I’m a settler. I’m part of this project, even though I dedicated my life to fight against it. But I’m still part of it. I cannot break away from the responsibility.

Because the settlers, it’s much more than this. It’s not only about political views. It’s not only about talking. It’s about their existence there. Once you go and live in an occupied territory, which contradicts international law, once you do it, once you continue to do it, you define yourself politically, morally, and legally. And you take a very terrible road by sitting there. So yes, all of them violate international law. All of them. And all of them should be [viewed] to criticism.

SHIR HEVER: Well, let’s take this idea of generalization perhaps even further. The Israeli government made several statements in the last few days that they believe that confiscating more land every time there is a Palestinian attack will deter Palestinians from resisting the occupation. But what would happen if this logic would be universally accepted as a kind of medieval justice system? But then, also, whenever a Palestinian is killed by Israeli forces, Palestinians would receive some of their land back. What would you say to this kind of double sympathy logic, as opposed to the no sympathy in your article?

GIDEON LEVY: You portray a theoretical picture of equality, and there is no equality between Israel and Palestine, as you know. So this cannot happen, not only because it’s far fetched on both sides, because nothing is equal and there is no symmetry. Wherever you touch it. There Is no symmetry about anything, by the way.

Now, getting back to what you say, the fact that Israel and the settlers are claiming that this is the Zionistic response to terrorism, mainly the revenge for terrorism will be new settlements. This has some political aspects, because the first time the settlers admit that their project is a punishment, and not–has nothing to do with the security of Israel. Has nothing to do with your political or religious belief.

Finally, it’s a way to punish the Palestinians and take revanche over them. OK, that’s quite a progressive step, because once we realize that it’s all about paining more the Palestinians, taking revenge more, antagonizing more, so it’s much easier to oppose this project.

SHIR HEVER: Well, that’s a very good point to end our conversation. Thank you very much, Gideon, for joining us.

SHIR HEVER: And thank you for joining us on The Real News Network.