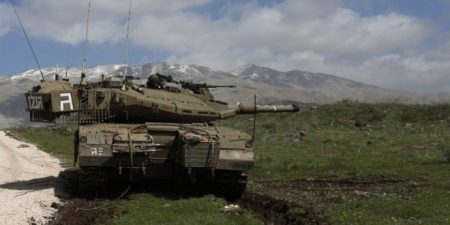 A number of fighters, which Israel claims were affiliated with ISIS, were killed in an Israeli strike on Sunday, following an alleged attempted ambush of Israeli soldiers in the occupied Syrian  Golan Heights.

According to Haaretz, the attempt was carried out by an organization named “Shuhada al-Yarmouk”  which has pledged allegiance to ISIS.

No soldiers were wounded.

Haaretz said, according to the PNN, that several mortar shells exploded after a brief exchange with Isreal’s Golani Brigade before the air force spotted a car armed with a heavy machine gun. The aerial vehicle bombed the car, and it appeared as if its four occupants were killed.

A senior military officer said the car carrying the machine gun was several hundred meters from the border.