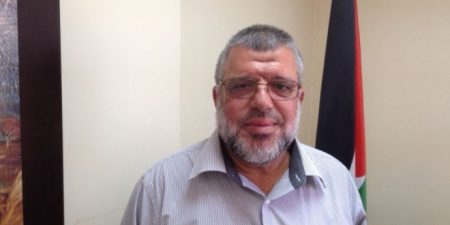 Less than a week after senior Hama official Hassan Yousef’s release from Israeli prison, where he had been held for 22 months, he has expressed Hamas’ new interest in engaging in a long-term cease-fire.

“Hamas is prepared to make a long-term cease-fire with the Israeli occupation, in return for it allowing the residents of Gaza to live like all other people in the world with everything that they need,” he said to The Jerusalem post, according to PNN.

The senior Hamas official, who helped found Hamas, has reportedly hosted local Palestinians at his home close to Ramallah, and spoken with senior Hamas officials in Gaza on the telephone. Yousef assures that there are no need for worrying about Hamas’ commitment to a future cease-fire.

“We are a movement that holds firmly to its commitments,” he said. “Since the last war [in 2014], we have not been firing rockets into Israel – that is because of strategic calculations, but also because we are beholden to our commitments.”

Although with new interest in corporation for a more peaceful area, Yousef points out that the cease-fire will only be a reality if Israel stops blockading the Gaza Strip and their supplies, where 1.9 million people are exposed to collective punishment. The Israeli blockade of Gaza has taken place throughout the last 10 years, where the Israeli military controls the import and export in the Gaza Strip, which results in comprehensive damage on their economy.

Yousef emphasized this issue by addressing the problem of the Israeli military declining the inhabitants of the Gaza Strip to cross the border: “ I mean the Israeli occupation needs to allow for freedom of movement – going and coming for travelers, students, sick people, expatriates, and all others who desire to move – exports and imports and everything else. It needs to lift its oppressive siege,” he said.